Success! - You have been subscribed to Genealogy & History Programs events at Virtual.
View Calendar 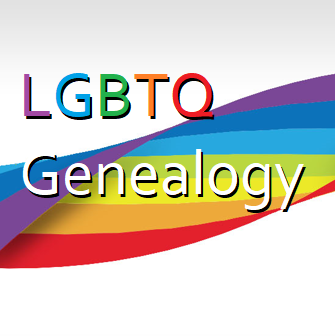 We're celebrating Pride Month in the Indiana Room with LGBTQ stories from genealogy expert Stewart Traiman, presented in partnership with the Noblesville Diversity Coalition. Lesbian, Gay, Bisexual, Trans, and Queer folks have always been a part of our history and family stories. This class will explore census, newspapers, obituaries, military records, photographs, phone books and archives for clues on our ancestor's often hidden identities. We will explore LGBTQ History and many individual stories giving context to the available records. Discovering our LGBTQ ancestor's stories will enrich our entire family history.
ABOUT STEWART TRAIMAN
Genealogy has been an obsession for Stewart Blandon Traiman for 40 years. He began by interviewing parents, grandparents, and other relations about his roots in Nicuragua. When he married Leland Traiman 32 years ago, he took on the new adventure of researching Ukrainian and Polish Jews. Stewart has researched his children's origins back to the colonial United States.
In January 2014, Stewart became a volunteer with the California Genealogical Society (CGS)  as the editor of the monthly electronic news letter. He served six years on CGS Board as the Recording Secretary. His is involved with digitizing records, posting gravestone photos, is a graduate of ProGen #49, and helping private clients.

You must log in to register for this event.
Oops! - There was a problem in authenticating your card: